Tomorrow is looking to be quite a busy day on the road, as October is now in full motion!

First, I'll be starting my morning early, along with my coworker Laura, as we head to the Hartford Business Journal's "Social Media Summit". The agenda for the Farmington-based event looks to be a jam-packed schedule of different workshops, geared to business professionals of varying levels of experience in Social Media. The event will be capped with a Keynote on "The Power of Social Media Communities", delivered by Amanda Nelson, Community Manager for Radian6.

After that, I'll be making my way down to New York City for a not-to-be-missed spirits and wine tasting event, The Ultimate Blast! The Ultimate Blast is assembled by the team at Ultimate Beverage Challenge, an emerging set of spirits, cocktails, and wine evaluations developed by founder F. Paul Pacult. I must say, the list of participating brands and celebrity book signings appears to be never-ending; the Ultimate Blast will include over 100 cocktails prepared by esteemed mixologists, 300 spirits and 120 wines! The Dizzy Fizz herself, Selena Ricks-Good, offers this preview of the event at her column over at CBS New York online.


Some other events of note before the month is out include next week's VinItaly US Tour, where you'll find BAT's own Steve Raye sitting on a Social Media seminar during the New York tour stop. Portland Cocktail Week is also slated for October 20-23; I'm disappointed I won't be headed to the Left Coast for the event this year so you'll have to suffice with last year's preview instead.

What other alcohol-industry events are slated on your schedule for the rest of October? Leave us a comment and let us know what you're up to in the beverage alcohol world!

Cheers!
Posted by Stephanie at 3:16 PM

Looking forward to seeing you tomorrow at the Social Media Summit. Sounds like you're planning a busy but exciting day! Enjoy. :) 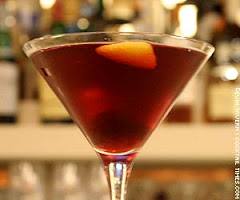